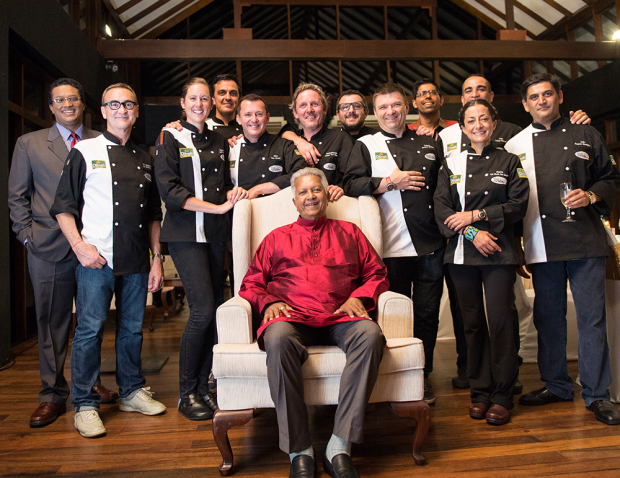 The Chefs & the Teamaker

In celebration of the 21st Anniversary of Dilmah in 2009, the family tea company launched an innovative programme that fulfils the objective of integrating tea, the 21st century beverage, into modern lifestyles. In July 2008, eight celebrated chefs and restaurateurs from prestigious Australian establishments visited Sri Lanka for a tea adventure which became ‘The Chefs and the Tea Maker’ series. During their tour the chefs were inspired to produce four tea infused food and beverage recipes each and collaborated to produce a collection of recipes featured in a book that was launched at the 21st anniversary events held in Australia. Continuing the success of the Australian event, the Global event was launched from the 16th – 27th of July, 2010. This brought together celebrated chefs from over 12 countries.