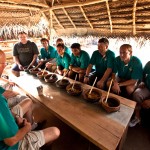 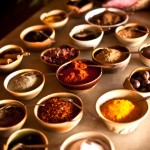 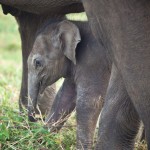 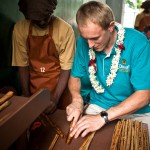 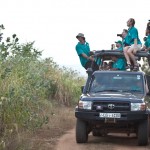 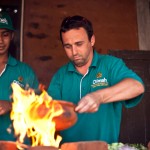 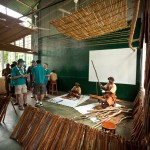 Day 3: On the trail of spices and elephants

Day 3 on tour packed a punch with a host of exciting stops. The first stop was Rilhena Estate situated near Pelmadulla town in the Sabaragamuwa Province. In addition to cultivating cinnamon the Estate houses a cinnamon production facility. The team on tour chatted with the workers from the facility  where they spent the morning learning to peel and roll cinnamon the traditional way. Sri Lankan cinnamon – also called true cinnamon – is prized the world over for its flavour.

Sri Lanka is a land rich in spices. And over the centuries the locals’ love affair with spices has made it an essential part of the island’s cuisine. Raid the kitchen shelves of any Sri Lankan home and you will be overwhelmed by the aromas, colours, and flavours of a dizzying array of spices. At Mankada, where the group stopped-over for lunch , an extensive collection was on display for an induction into the Sri Lankan way of spice.

Mankada – the MJF Centre for Traditional Art & Craft, borders the Uda Walawa National Park where the elephants roam happy and free. The afternoon was spent on safari trailing elephants and the creatures of the wild; perhaps the only Sri Lankans who don’t look forward to a serving of hot spicy curry for their lunch.